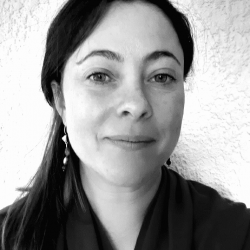 Vanessa Leigh is the Project Manager for HABITABLE. Prior to joining the Hugo Observatory, Vanessa was the regional coordinator for the Danish Refugee Council’s Mixed Migration Centre in West Africa based in Senegal. Vanessa also worked with Milieu ltd. on EU projects in the area of migration, fundamental rights and environmental law.  Vanessa has carried out legal case-work with asylum seekers and refugees, as a legal caseworker with the NGO Asylum Access based in Quito, Ecuador and as an assessor judge in the French asylum appeal court (Cour Nationale du Droit d’Asile). She holds an MA in European Affairs from Kings College London and Sciences Po Paris, and an LLB European Law degree from the University of Warwick.