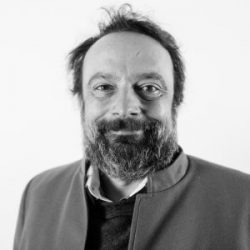 Pierre Ozer holds a PhD in geographical sciences from the University of Liège. He has worked for various institutions such as the Università degli Studi di Genova (Genoa, Italy), the University of Luxembourg, the United Nations Food and Agriculture Organisation (FAO, Rome) and the Luxembourg University Foundation. In 2009 he was elected full member of the Royal Academy for Overseas Sciences, Brussels. He led the Belgian scientific delegation to the United Nations international negotiations to combat desertification (UNCCD COP-9, Buenos Aires, Argentina, 2009). He is the scientific coordinator of the Hugo Observatory, University of Liège.