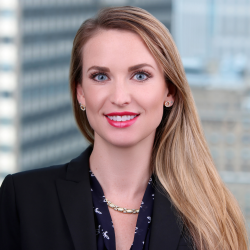 Julia Blocher is a Doctoral Researcher at PIK, a Ph.D. candidate at Humboldt University in Berlin, and President of the International Youth Federation (IYF).

Ms. Blocher’s main research interests are in the interaction of political, social, and environmental factors in human mobility outcomes – migration, displacement and planned relocations – in the context of climate change. As part of her work, she is interested in social and political factors contributing to resource-based tensions and conflict dynamics. She has conducted studies on environment, climate change, and human mobility linkages in the East and Horn of Africa (Tanzania and Ethiopia) and in the Pacific small island states. Her previous work has included field-based research for the International Organization for Migration (IOM)-led ‘Migration, Environment and Climate Change: Evidence for Policy’ (MECLEP) and for the FP7 Consortium ‘High-End cLimate Impact eXtremes’ (HELIX) projects.

Prior to joining PIK, Ms. Blocher was a Project Manager at the United Nations University Centre for Policy Research in New York (UNU), a think tank within the UN system. She speaks English and French as well as some Spanish, German, and Swahili. In the HABITABLE project, Ms. Blocher is project lead as well as being in charge of Work Package 4 at PIK.