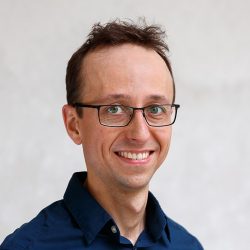 Jacob Schewe is a Senior Researcher at PIK. He leads the working group “Impacts of climate change on human population dynamics”, co-leads the FutureLab “Security, Ethnic Conflicts and Migration”, and is a founding member and coordinator of the Inter-Sectoral Impact Model Intercomparison Project (ISIMIP). Jacob Schewe graduated in physics and received his PhD in climate physics at Potsdam University in 2012. He has previously worked on the dynamics of the large-scale ocean circulation, the stability of monsoon systems on various time scales, the impact of climate change on global water resources, and the drivers of short-term food price fluctuations, among other topics. In HABITABLE, Jacob Schewe leads Work Package 3 “Modeling Migration in the context of Climate Change” and is responsible for modelling work on international migration, as well as internal displacement due to rapid-onset hazards.