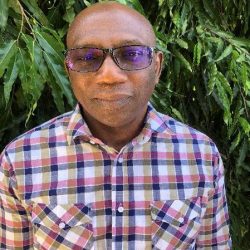 Issa Bouaré is the Deputy Director General of the National Statistical Institute (INSTAT-Mali). He holds a PhD in Statistics from East China Normal University (ECNU). He participated in the research work of the statistical capacity building for development project (MLI / 012) and of Migrations, labor market and demographic dynamics in Africa (MIMADEM). He is also the winner of a mobility grant granted by the Luxembourg National Research Fund (FNR) as part of the in-depth analysis of survey data. This research work was sanctioned by the publication of three (3) articles.

He is also a member of the Demography and Statistics for Africa research group (DemoStAf) whose research work started in June 2016 and ended in December 2019. As a contribution to Demostaf, Mr. Bouaré participated in the production of a research report on out-of-school children and illiteracy. He also contributed to the production of political notes on literacy from survey data and the RGPH carried out in 2009 in Mali.

He participates in the work of the scientific and technical committee of the National Observatory of Employment and Training (ONEF) as a representative of INSTAT. Issa Bouaré is also a member of the second generation technical development team for the Ten-Year Education Development Program (PRODECII). He has provided training modules in statistics at the Higher Institute for Training in Applied Research (ISFRA) and at the Center for Training and Advanced Studies in Statistics (CFP-Stat).

In the HABITABLE project, he intends to contribute to the deepening of analyzes of survey and census data.