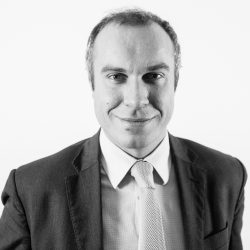 François Gemenne is a specialist of environmental geopolitics and migration governance, FNRS senior research associate and Director of the Hugo Observatory (University of Liège). He also co-heads the Observatory on Defence and Climate of the French Ministry of Defence. François holds a joint doctorate in political science from Sciences Po Paris and the University of Liège, a Master’s degree in Development, Environment and Societies from the University of Louvain, and a Master of Research in Political Science from LSE.

François is also a lead author for the IPCC (WG II, Chapter 8 on Poverty, Livelihoods and Sustainable Development). His work focuses, in particular, on populations displaced by environmental changes, including natural disasters, and policies of adaptation to climate change, as well as on asylum and migration policies. He has conducted field research in New Orleans after Katrina, in Japan after the Fukushima disaster, and Tuvalu, the Maldives and Mauritius, amongst others. He lectures on climate change and migration policies in different universities, including Sciences Po and Sorbonne University in Paris.

François has been involved in a large number of international research projects including HELIX, MECLEP, EDGE, MISTY and MAGYC, where he acts as Principal Investigator.

François is the Principal Investigator of the HABITABLE project and leads WP10, WP11 and WP12.