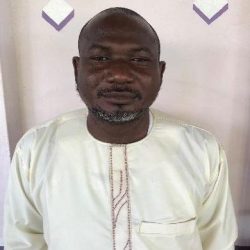 Arouna Sougané is the Director General of the National Statistical Institute (INSTAT-Mali). He holds a PhD in Development Economics from Paris-Dauphine University (France) in 2015. He served as Director General of the Center for Training and Development in Statistics of Bamako from 2015 to 2018. Prior to that he was the chief of the Coordination Cell for the national statistical system at the National Statistical Institute. Since October 2018, Dr Arouna Sougane has been leading the National Statistical Institute of Mali (INSTAT). He participated in many research projects such as Building statistical capacities for development (STATDEV) and Migrations, labor market and demographic dynamics in Africa (MIMADEM). He also participated in numerous surveys and censuses. He is the author of several scientific articles on the issues of macroeconomics and migration. He will be coordinating the activities of HABITABLE in Mali.